If like us in the office you’re still battling through Donkey Kong and old school Sonic, this will show you there’s a whole world of gaming we didn’t even know existed. The CARDIFF ANIME AND GAMING CON is a, suitable for all event for Anime fans, gamers, cosplayers and comic fans.

They were in fact one of the events to make it into the calendar pre-lockdown, and we can tell you the event in Cardiff was a huge success.

There will be lots of activities and fun to be had this year, including; Plenty of stalls of Exhibitors and merchandise. Cosplay Masquerades on both days with a cash prize up for grabs and plenty of other events and activities for cosplayers.

They have some great guests lined up this year too including……

Gareth is no stranger to the here parts. He’s best known for his portrayal of ‘Ianto Jones’ in Doctor Who and Spin-off show ‘Torchwood’.

Film credits include ‘I Am Alone’, ‘The Good Drug Dealer’, ‘Red Faction’ and up-coming Neil Marshall production ‘Dark Signal’. In Theatre Gareth has played ‘Sebastian’ in ‘Twelfth Night’ for English Touring Theatre, ‘Harold’ in ‘Three Women and a Piano Tuner’ for The Chichester Festival and Hampstead Theatres, ‘Macheath’ in ‘The Threepenny Opera’, ‘Juror 12′ in the National Tour of West End production ’12 Angry Men’, ‘The Woodcutter’ in the Raucous Collective’s critically acclaimed ‘The Stick House’ and most recently ‘Brick Pollit’ in ‘Cat on a Hot Tin Roof’ for Theatr Clwyd.

You can check out the rest of the guest list right HERE.

As you can see below, the Cardiff crowd is always a big one. So let’s highlight just some of what’s going on…..

The event will feature many gaming setups and 100s of gaming titles available to sit back and play with. Gaming will consist of Tournaments and casual setups as well including PC and Indie Gaming and Modern Consoles and an entire Retro Lounge.

Challenges – For the more casual gamer, challenges allow you to pick up and play at anytime – the objective being to beat the fastest time, the highest score etc. Challenges vary from event to event, but previous Anime & Gaming Cons have included challenges on games such as Crash Bandicoot N.Sane Trilogy, Sonic Mania, Mario Kart, DDR, Red Faction Guerilla and more.

Retro & Modern Gaming Casual Play – Grab a game from our extensive library, sit down with your friends and have fun! A casual chillout area for gamers by gamers. Also a great place to make friends and become a part of our gaming community. We have everything, consoles include NES, SNES, Megadrive, Master System, Mega CD, Dreamcast, right up to the latest consoles such as Switch, Wii U, Xbox1 and PS4s. There’ll be tonnes of setups to sit down and have some fun with your friends!

Events on stage include…..

– Talks; As well as cosplay talks, there will also be wide range of talks on various subjects such as acting, RPGs and gaming, Comics and anime.

– Cosplay Masquerades – See the Cosplay Activities for more information. Not one, but two cosplay masquerades; one on each day with a cash prize for Sunday’s winner!

– Dub That Anime; The aim of this event for those who have never seen it before is to dub a 30 second clip of the organisers choice live on stage. The funnier the better.

– The Talent Show; Do you have a hidden talent, be it singing, dancing, stand-up performing or pretty much anything? Come enter the Talent Show, show it off and win a cash prize.

Lip Sync Battle – Come battle one another with lip sync performances to your favourite tracks on stage.

Cosplay Auction – Volunteers go up for bid to the audience, the highest bidder winning the company of that Cosplayer with the proceeds going to charity!

– Big Geek Quiz – Various rounds on both anime and other more general subjects over five rounds. Get some friends together, make your own quiz team, and join in the fun.

Anime Bingo – It’s bingo, but with anime and gaming character heads on your card instead of numbers! Test your anime knowledge and luck with a cash prize for the winner!

There’ll be panels and workshops and although they haven’t confirmed them all yet, they had a massive range last year, including…..

I think my favourite is the ‘How To Detangle A Long Wig’.……..

There are so many Anime and Manga highlights…..

– Anime Viewing Room An entire area dedicated to anime viewing and chill-out where you can watch your favourite titles bought to you by MVM and Crunchyroll. As well as Anime there will be a variety of internet screenings from well known series such as DBZ abridged.

– Manga Artists; Will be present as part of our Artists Alley. This will also include an area where you can sit down, draw and learn new art-tricks.

– Anime/Geek Exhibitors; Expect a wide range of anime and gaming merchandise, DVDs, manga and more. A full list of exhibitors and artists in attendance will be released closer to the event.

– Live J-Pop/Anime themed Performers; There will be several live performers from J-Pop, Anime inspired singers and performers throughout the day.

Believe us when we tell you we have barely touched the surface of what’s going on over the whole weekend. Over the coming weeks we’ll update you on who, what, when and where, so maybe it’s a useful idea to bookmark this page.

We asked our SOUTH WALES LIFE photographer to come up with a suitable post lockdown costume, we think Nanihta nailed it…….

The CARDIFF ANIME AND GAMING CON is at the Cardiff University Students’ Union on Park Place on Saturday 18th and Sunday 19th September. If you’d like to register, perform or to get your tickets, go here. ANIME 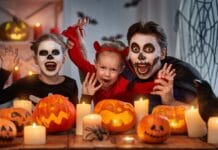 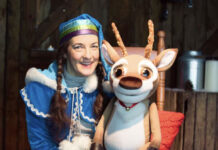 Visit Santa and Norbert in the Magical Reindeer Grotto 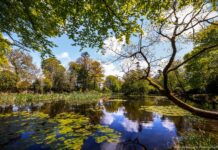 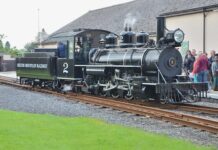 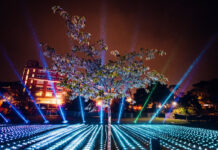