It was almost a year to the day when we highlighted the struggles faced by the music industry throughout the pandemic. At the time, there had been no live performances as such, in venues we know and love, and recording had taken on a different vibe.

Who could have even imagined that 12 months later we’d be saying the same thing?

Fortunately there has been an easing of restrictions, and some live music around South Wales. But times are still tough, particularly for new artists, meaning the work and support of the Forté Project, Wales’ leading talent development project, is more important than ever.

“Even though the past 12 months have been crushing for the music industry, it feels great to finally say that something good has emerged from such challenging times.”

“It’s important that we adapt our ways of working to be relevant right now which is why we’ve introduced live streaming, home recording and mental health support packages for each artist.”

“The new way of working has allowed us to expand outside of South Wales and discover the incredible quality of music emerging from Wales.”

That was then, and this is now – the Forté Project, re-launches this year with a full scale Wales-wide project for the first time, starting with ten new acts.

The newly chosen music acts from across the country, covering multiple musical genres, will gain crucial skills, industry knowledge and perform their music live at a series of unique events across the country.

Artshawty oozes cool and stylishness with very little effort. Alongside producer Volcano Szn, she’s started to craft the sort of low key anthems that takes years to perfect from the best artists. Exploring dream and bedroom pop with lofi rnb grooves, she’s already been scoped out by various Welsh industry bright lights. An exciting year ahead lays in wait for Artshawty.

With a foothold in the Royal Welsh College of Music and Drama’s Junior Conservatoire on one side, and commissions from London Fashion Week on the other, it’s no wonder that Powys’s Elin Grace is already working with famed producer Tchad Blake… and she’s only 17. Already with radio play for ‘Teacup Lady’ and still just finding her place in the world of acoustic pop music influenced by Laura Marling and Hayley Williams, Elin is a perfect candidate for the Forté Project.

With accolades from the Welsh language Selar Awards, BBC Radio and TV sessions and local Welsh record label collaborations, Gwynedd’s Elis Derby is already a hot name in the Welsh underground. Now with a chance to expand his songwriting and hit new heights, he is part of Forté in 2022 to explore his next steps and break into the wider Welsh scene with one album already under his belt and a second album already on the way.

With Spanish and Welsh roots, Fig. is adding a new element to the fast growing South Wales hip hop scene. Originally Caerphilly and only recently moved to Cardiff, Fig. blends the iconic sounds of producer Minas with his own dark vocal tones and melancholic lyricism. Switching between grime, trap, boom bap and soul with influences from Mac Miller to Mick Jenkins but very much rooting himself in his own experiences and local dialect.

With Scottish roots, a Welsh family and Parisian ties as well as influences like Lady Gaga, Kim Petras, Charli XCX and Dorian Electra – Kitty is riding the new wave of hyperpop with an explosion of sound and visuals. Now settled in Cardiff, she’s not holding back in her endeavours to enliven the local pop scene and push boundaries with her music. Already with international and radio plaudits, her prolific back catalogue of pop shows there’s so much more to come.

Cardiff singer/song-writer Mali Hâf has already made great strides in the Welsh language scene and now she’s crafting a new sound she hopes to bring into the light. Leaning towards towards a neo soul and alternative r’n’b sound, her influences range from Jhene Aiko to David Byrne. Having expertly assembled a backing band, her new music aims to bring forward her diverse interests and add a new direction into her journey.

OGUN – A musician, writer, and community organiser from Newport, currently based in Cardiff

Ogun has already made a significant mark on the Welsh scene in his 23 years. Becoming the Arts Council of Wales ‘Agent of Change’, promoting and uplifting equality and diversity within the organisation, he also has been working on his own music and activism in his native Gwent before moving to the capital. His sound whilst rooted locally in Wales incorporates a myriad of international textures with comparisons made to artists like Outkast and A Tribe Called Quest.

ONLY RAINYDAY RAINBOW – Is the solo effort of Edward Hancock. Wild, eclectic, bold and colourful

With affectations, groovy tendencies and a disregard for the norms of sound and sonics, Only Rainyday Rainbow is the solo effort of Swansea’s Edward Hancock. Eclectic, wild, bold and colourful his plethora of music self-produced and self-released has already racked up considerable attention. With a recording ethos that evokes Daniel Johnston but a visceral sound that can elicit thoughts of Frank Zappa and Captain Beefheart, expect the noise to come to you very soon…

SKYLRK – ‘Once I started listening to rap, their stories and world they live in, my interest grew’

After an undeniable win in 2021’s Brwydr y Bandiau (the Eisteddfod battle of the bands), there is a raw ferocity in skylrk.’s Welsh language rap, displayed with erratic but passionate flair in debut single “dall.”. Breaking out of a typical sound, with potential coming out of his ears, he’s also pursuing multiple disciplines in art, fashion and design. The future is open to skylrk.

A self taught producer, songwriter and singer originating from Estonia, sorry stacy is now based in Cardiff and creates conceptual electronica influenced by Björk, Kate Bush and Grimes. Mixing themes of spirituality, alientation and love into dreampop sounds, sorry stacy was a standout artist in the eyes of the Forté team. Yet to debut live, there is a world of potential and connection on its way for her.

Forté Project has been made possible by the support from the PRS Foundation and Arts Council of Wales. To find out more about the artists and their work, just go HERE. Or you can check out the project on their socials. 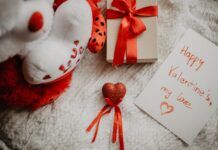 Love Is In The Air – Our Valentine Special 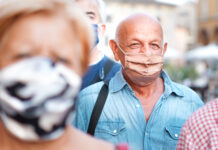 50 Welsh Artists Join Line Up of ‘In It Together’ Festival 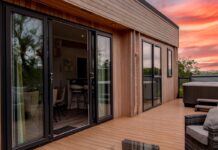 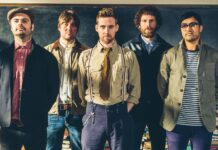