A mum of two has turned personal tragedies into a children’s literary series aimed at helping young minds deal with real life issues with the release of her latest picture book – written to help little ones with their self-esteem.

JESS CHILDS’ new picture book ‘IVY AND THE MOLE’ takes a look at the journey we all make as human beings towards learning to love our true selves, and how identifying that one-off superpower that lies inside each one of us is the key to taking us there.

It is the second instalment in her’ ‘Big Issues for Little People’ series, and comes after her debut picture book ‘Ivy and the Rock’ was subsequently featured on the BBC, in national press outlets, and was also given an online reading by the Duchess of York.

Jess developed the ‘Big Issues for Little People’ concept following the loss of her father Paul to suicide, and her mum Olwen following delays to her cancer treatment caused by the Covid-19 pandemic.

“Globally, we’ve been experiencing a real sense of unrest in recent years, and as parents it’s only natural to be worried about the state of our children’s mental health as a result.

“So, Ivy and the Mole is, first and foremost, a beautiful tale of adventure and discovery – but it is also a tool that families can draw upon to help them talk about how they might be feeling and view themselves generally in life too.

“And it is just one other way the Big Issues for Little People series aims to support parents in opening up conversations with their children about their true feelings.”

Having dealt with a multitude of challenges emotionally, through personal experiences involving bereavement, mental health and more, Jess created Big Issues for Little People to help her broach real life issues with her own daughters, Nancy aged 5 and Winnie aged 7.

Her debut picture book Ivy and the Rock was released in 2021 and published following the loss of both her parents, as well as other family bereavements experienced before and during the pandemic too.

Developed from a poem Jess originally wrote and recited at her dad’s funeral after he took his own life in 2006, the book took on a new poignancy when she also lost her mother Olwen to a five-year battle with cancer in 2020.

Ivy and the Mole, as the next instalment in the Big Issues for Little People series, sees Ivy venture further into the Wildest Wood, making a down on his luck companion along the way, and together the pair end up discovering as much about their own sense of self as they do about the magical landscape that surrounds them.

Jess, who grew up near Hay-on-Wye and now lives in Machen, near Caerphilly, said……

“It’s lovely to see Ivy make her way out into the Wildest Wood and exploring life to the full in Ivy and the Mole, and is a representation of all the hopes and dreams I hold for my two girls as they venture forth into life more fully too, I suppose.

“My books were created to help me open up the conversation around those real life issues with my own little ones sooner rather than later with that in mind, and if they can help just one other young family to do the same, then that’s good with me!”

With a further Ivy adventure and various other titles under the Big Issues for Little People series already written, Jess has also launched a website which she hopes will help in developing the series further and help families affected by all kinds of real-life issues with the provision of downloadable resources and more.

For information on how to buy Ivy And The Mole and to download a range of free resources to help children with their self-esteem, or who may be experiencing bereavement and loss in life, visit HERE 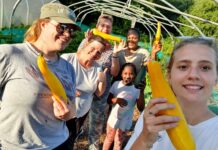 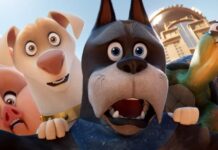 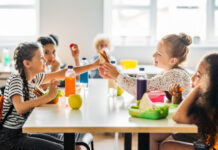 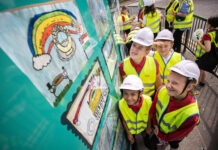 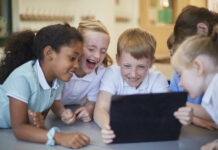