CHICAGO, the “sexiest musical ever” (Metro) is back at the New Theatre in Cardiff for one week only starring Coronation Street’s Faye Brookes (Dancing On Ice, Grease, Legally Blonde) as Roxie Hart, and West End star Djalenga Scott as Velma Kelly and Joel Montague as Amos.

“Murder, greed, corruption, exploitation, adultery and treachery” – all those things and so much more we can enjoy on a night at the theatre. We are of course talking about this international multi-award-winning musical.

FAYE BROOKES, who plays Roxie Hart, was fantastic on ITV’s Dancing on Ice and is best known for her role as Kate Connor in ITV”s Coronation Street for which she won a National Television Award. Her theatre credits include Princess Fiona in Shrek and Elle Woods in Legally Blonde, both on national tour, Ann/Edna in That Day We Sang directed by Victoria Wood at Manchester’s Royal Exchange.

As well as Faye we have leading West End star DJALENGA SCOTT (Annie, Chicago, West Side Story) as Velma Kelly and JOEL MONTAGUE (Waitress, Guys and Dolls, Kiss Me, Kate) as Amos Hart

As we said, the show is all about media manipulation, PR & narcissistic celebrities who are willing to do anything for exposure and attention – does that sound very 2021/22 to you?

The images below are from various productions over the years.

CHICAGO THE MUSICAL gets to the New Theatre in Cardiff from Monday 20th to Saturday 25th June. Tuesday to Saturday performances are at 7:30pm with 2:30pm matinees Wednesday to Saturday. Tickets range from £19 to £260 if you fancy a box, with various concessions along the way. You can get your tickets NEW THEATRE.

It then moves on to Venue Cymru in Llandudno from Monday 25th to Saturday 30th July. Performances are at 7:30pm with tickets priced between £15.50 and £54, again with a variety of concessions. Incidentally, there is a 13+ age restriction. You can your tickets VENUE CYMRU 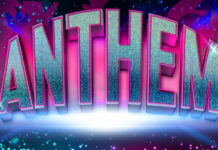 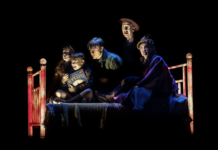 Peppa Pig – Back With The Best Day Ever 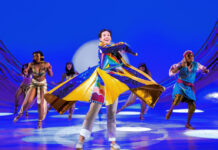 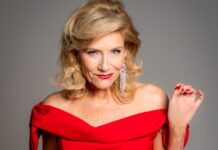 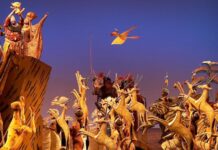