PAUL YOUNG has been a major star for four decades. He broke into the big time 40 years ago when No Parlez went to number one and spawned iconic hits like Wherever I Lay My Hat (That’s My Home).

Paul will now take fans behind the lens in a unique show that will coincide with the publication of his autobiography. He’ll be getting to Swansea at the Grand Theatre next April, and with a book to talk about, and new music, this is one tour you don’t want to miss.

Now, while Paul is getting ready to celebrate the 40th anniversary of No Parlez, and rightly so, it’s a fantastic album, I have to confess I have a little earlier PY in my vinyl collection with a single from STREETBAND. Paul was the lead singer on this strangely addictive hit TOAST. Check out the TV appearance which begins with the line ‘Evenin’ All.

In 1979 Streetband broke up and Paul went on to form the Q-Tips, together with the bass player and rhythm guitarist. During the next three years Paul introduced himself to more and more of the British public through the Q-Tips extensive touring. This period of intense activity gave him the chance to develop his unique voice and stage persona. Sadly, although radio gave them a fair chance with such singles as ‘Tracks Of My Tears’, which I love, ‘Some Kind Of Wonderful’ and their last track on the Chrysalis label ‘Stay The Way You Are’, it didn’t really translate into record sales.

It wasn’t until Paul went solo that success really came knocking and he was able to ‘lay his hat’ (sorry) at the door of Top of the Pops.

Success came at last with the single ‘Wherever I Lay My Hat’, which kept the number 1 spot for the summer of 1983. The album ‘No Parlez’ pushed Paul and The Royal Family (his newly-formed band) to the top of the charts. If the rest of Europe didn’t completely agree with ‘Hat’, that soon changed when ‘Come Back & Stay’ was number one in Germany for six weeks, and the rest of Europe followed.

After an exhausting touring schedule around the world (that at one point had Paul doing 13 live shows in 14 days across America), the end of 1984 saw Paul singing the first line of the historical Band Aid record ‘Do They Know It’s Christmas’ for Ethiopian Famine Relief.

More success followed with the number one album The Secret Of Association and the worldwide hit and still a radio favourite, ‘Everytime You Go Away‘, not forgetting an appearance at Live Aid and more. Paul sustained that success – while having fun in his tex-mex band, Los Pacaminos.

Paulis releasing a remarkable new record and publishing his extraordinary memoir, both called BEHIND THE LENS.

He’s touring the UK, too, where he’ll meet fans, sing hits and tell stories about his incredible career. It’s time to revel in the classic hits and learn the stories behind them as Paul steps out from Behind The Lens.

“I’m looking forward to touring next year as the fans go Behind The Lens.”

PAUL YOUNG gets to the Swansea Grand on Thursday 20th April 2023 at 7:30pm. Tickets range from £32 to £80, with Meet’n’Greet packages available. For more details and to get your tickets, go HERE.

Paul is also out on a couple of other tours this year including Essential 80s and with Go West. For details of those head over to his website HERE. 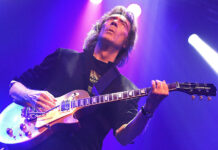 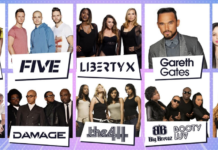 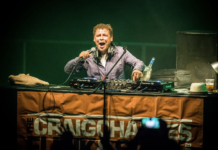 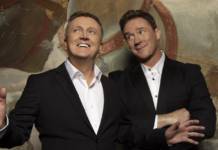