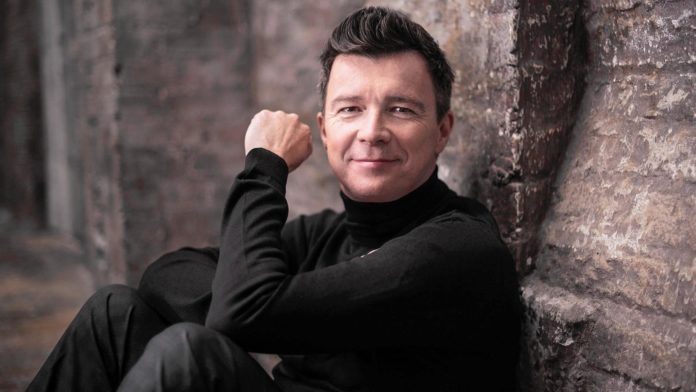 RICK ASTLEY is heading our way and to celebrate the tour announcement he has a new single and album. Rick has been on a bit of resurgence of late, ever since the release of his fantastic album ’50’ – a reference to his age and not the number of tracks on it.

Unbelievably, that means of course, he’s been in our musical lives for well over 30 years now. In fact, I remember, as a much younger journalist, interviewing an even younger Rick right at the start of his career. Like everyone who’d heard ‘Never Gonna Give You Up’ we thought the voice belonged to a – well let’s say, more mature chap. In the end we met a very shy, nervous 21 year old, who could never have imagined, all these years later he’d still be doing it with such success.

At the age of 21, Rick emerged from the shadows of the Stock, Aitken and Waterman production house to become one of the biggest stars on the planet. ‘Never Gonna Give You Up’ topped charts the world over and catapulted him on a journey that would encompass 8 consecutive UK Top 10 hits and 40 million sales. Click on the title above and marvel at the song and amazing dance moves – sorry Rick.

We all know the rest of the incredible story of hit after hit under the HIT FACTORY banner. Then, after stepping aside to focus on his family, he shot back to Number One almost 30 years later with his hit Platinum-selling album ‘50’. If you’ve not heard it, it’s an absolute cracker. In fact, here’s a couple of tracks from it……

Rick launched his current single ‘Every One Of Us’ in style. The track received its world exclusive first play courtesy of The Zoe Ball Breakfast Show on Radio 2, which he followed with a great performance on BBC1’s Saturday evening favourite ‘Pointless’. The track features on his career-spanning compilation ‘The Best Of Me’, which is out now.

Now there have been Greatest Hits albums previously……..

This one however, is very different. The album is bookended with a step into the past and an eye to the future. Having written and produced the songs, as well as playing all of the instruments himself, the opening track and lead single ‘Every One of Us’ is a brand new song that shows that the power of Rick’s voice. It closes with a new ‘Pianoforte’ take on ‘Never Gonna Give You Up’. Dropping the peppy ‘80s beats for an intimate piano arrangement captures it in a new light, its inner heartbreak becoming all the more apparent.

So now let’s come onto the live shows and his ‘Greatest Hits Tour 2020’. The eleven-date arena tour will see Rick perform to a combined audience of more than 80,000 people, and includes a London show at the prestigious Royal Albert Hall. We get to see him in Cardiff, towards the end of the tour on the 17th April.

Rick has proven to be a consistently huge draw in the live arena. He’s sold over 100,000 tickets to his UK headline shows since releasing ‘50’ in 2016. Last year saw him complete a gargantuan 38-date stadium tour as special guest to TAKE THAT in which he played to over 500,000 people. We were almost front row for one of those gigs and he was really fantastic and the perfect TT support act.

His shows are a real celebration, mixing the famous hits that he made his name with, alongside current fan favourites. We defy anyone not to have a little sing and boogie along with him. Obviously everything he did was bang on, the biggest surprise for us though was his version of Calvin Harris and Rag ‘n’ Bone Man’s ‘Giant’. You’ve got to keep that one in Rick, it was fantastic.

I do want to give mention to the support act for the tour. KT TUNSTALL is the special guest at all shows except for Newcastle. She is amazing too and worth getting to the gig early so you catch all of her set. SUDDENLY I SEE

RICK ASTLEY gets to the Motorpoint Arena in Cardiff on Friday 17th April. Check out his site to see what he’s up to RICK. If you’d like more information and tickets you can either go to GIGS or TICKETMASTER. Or head straight to the arena page HERE.

Just one other thing. Have you really made it as a star if you can buy your own cut-out mask? We think so Rick…… 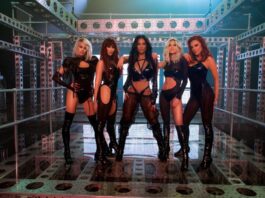 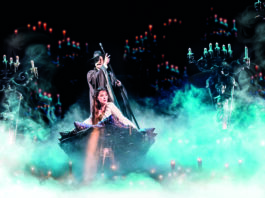 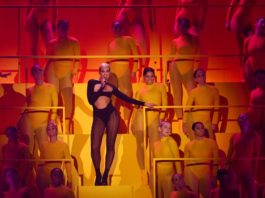 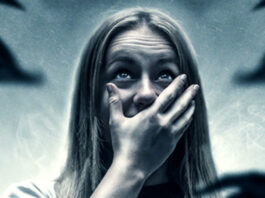 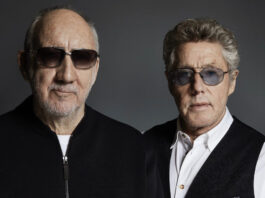