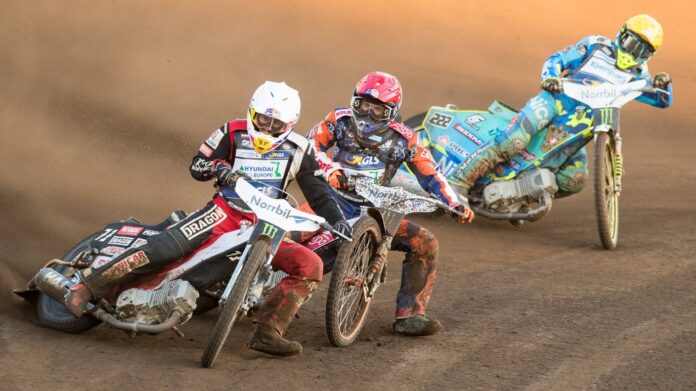 This years SPEEDWAY GRAND PRIX may have been cancelled, along with pretty much every other event around the country/world, but that only makes us more excited at its return in 2021. The event posted this announcement.

Due to ongoing health concerns and UK government restrictions regarding COVID-19, we regret to announce that the 2020 Adrian Flux British FIM Speedway Grand Prix, scheduled to take place at Cardiff’s Principality Stadium on July 18, has been cancelled.

This decision was made after careful consideration and consultation with the FIM, BSI Speedway, Principality Stadium, Welsh Government and Cardiff City Council, with the health and safety of supporters and riders remaining the top priority.

Due to the considerable logistical issues posed by the current circumstances, it was agreed that it would not be possible to stage the event at a later date in 2020.

Following discussions with Principality Stadium, we are however pleased to announce that the 2021 event – and still the 20th British FIM Speedway Grand Prix to be held at the venue – will take place on July 17, 2021.

All tickets purchased for the 2020 event remain valid for 2021, with fans guaranteed to retain the same seats for Britain’s biggest indoor motorsport event.

So, the countdown is already on to Cardiff 2021 as the Principality Stadium stages, what will still be, the 20th Adrian Flux British FIM Speedway Grand Prix in July and after an incredible event last year, the City and fans are hoping for a repeat next year too.

This electrifying event, for the whole family, sees the world’s best speedway riders race against each other at speeds that can exceed 120kmph on 500cc bikes with a single fixed gear and no brakes. Danish ace Leon Madsen celebrated a golden Warsaw and Cardiff double last year.

2021 promises more drama and excitement as the high-octane ADRIAN FLUX BRITISH FIM SPEEDWAY GRAND PRIX (SGP) returns to Cardiff for its 20th year. The biggest event of the speedway calendar will take place in July at the Principality Stadium and it promises to be a huge and undoubtedly enthusiastic crowd again, maybe more so after missing out this year.

It’s one of those sports where you don’t have to be a follower to get caught up in the thrill and excitement. Take a look at the video from one of the rounds in Cardiff last year and you’ll see what we mean.

The whole family will get to see the world’s best speedway riders race against each other at speeds that can exceed 120kmph on 500cc bikes with a single fixed gear and no brakes.

As well as world-class racing, a dedicated Fanzone at City Hall Lawn will provide an action-packed day of entertainment for all the family featuring live performances from special guests, autograph sessions with the SGP riders, a range of food and drink stalls and more.

As the longest-standing third party event at the stadium, SGP has become the must-attend event in Cardiff with thousands expected to be back again this year and watch the world’s best riders compete. The famous rugby stadium will be transformed into a world-class speedway venue for the night as 3,500 tonnes of dirt are specially imported to create the unique track.

Riders will compete over 23 heats; for each heat four riders will complete four laps of the track on bikes that run on methanol – an environmentally-friendly fuel. Points are awarded to riders at the end of each Grand Prix meeting, with the rider who has the most points at the end of the Series being crowned World Champion.

On July 17th, we expect 15 riders representing nine different nations will battle it out for World Championship points, with Great Britain rider and four-times world champion Tai Woffinden hoping to take gold in Cardiff for the first time. He said…..

“The British SGP is always an awesome weekend, so I’m gutted I won’t get the chance to race in front of a Cardiff crowd this year.”

“But that only makes me hungrier for next season’s event. The atmosphere is unreal. It’s always a special night and I can’t wait to be back in July next year. Stay safe and I’ll see you all then!”

Riders will compete over 20 heats, followed by two semi-finals and a final. For each heat four riders will complete four laps of the track on bikes that run on methanol – an environmentally friendly fuel. Points are awarded to riders at the end of each Grand Prix meeting, with the rider who has the most points at the end of the Series being crowned World Champion.

The event usually begins at 5pm and, depending on racing, will end around 8pm with a closing ceremony that includes an award-winning indoor firework display. The dedicated Fanzone (if previous years are to go by) will be at Cardiff City Hall Lawn from 11am to 3:30pm. There’ll be lots going on there, plenty of free entertainment and an atmosphere second to none.

Paul Bellamy is Senior Vice President of IMG Motorsports, he told us……

“Cardiff is an iconic city for world-class events and since we hosted our first SGP meeting here in 2001, the atmosphere has got more exciting year on year and we’re sure this year will be better again.

“With it now being the 19th year we’ve hosted our most-anticipated event of the series in Cardiff, the city really has become renowned within the sport and we can’t wait to be back in September.”

We’ll tell you more about this incredible event a little nearer the time. But it’s the whole package of entertainment you’ll be treated to, including the official opening ceremony. The closing ceremony is always worth staying for as well. there’s the trophy presentation, victory laps and the now famous and much anticipated, indoor firework display.

SGP will keep you fully up to date with the latest news over the months, weeks and days leading up to the big day in Cardiff. For details on tickets and packages at the Principality Stadium just go here. SPEEDWAY. And get ready for one of the big sporting events in the South Wales calendar. The ADRIAN FLUX BRITISH FIM SPEEDWAY GRAND PRIX roars into the Stadium on Friday 17th July 2021. 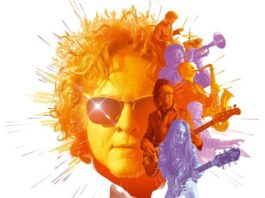 Simply Red – Playing All The Hits 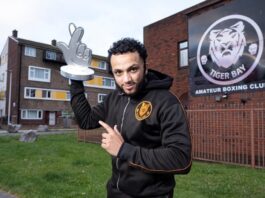 Lockdown Legend is Knocked Out By ‘The Hayemakers’ Praise 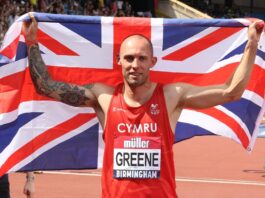 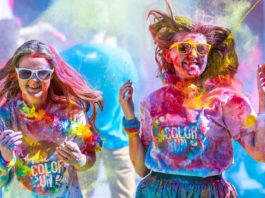 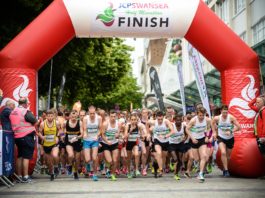 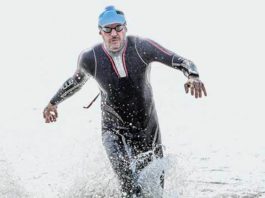 Barry Island Triathlon Moves To May