After an enforced two year break, and a change from the regular date, THE GOWER SHOW will make a very welcome return on Sunday 31st July.

As you can imagine, the organisers are as keen as we are to get back to Penrice Castle Park to enjoy all the delights of this 115 year old event. They tell us they have an exciting day planned, filled with the familiar classes with many new displays and attractions for all the family to see and do.

Incidentally, the change of date is down to the Iron Man Competition on Sunday 7th August, and let’s be honest, no one wants to mess with the Iron Men.

The first Gower Show was held in 1906 in the grounds of Penrice Castle, it then alternated between Penrice and Kilvrough Home Farm. No shows were held during the First World War and the 1919 Show at Kilvrough was described as Gower’s Peace Show. It was in 1925 when the show was last held at Kilvrough, from that date the show was held annually at Penrice.

If you want to find out more about the history of the show, you can get a book which traces the history of the Show from its earliest days to the Centennial Show at Penrice Castle Park. It includes memories of competitors over the years and over 200 photographs.

There will be another fantastic range of displays and attractions at the 2022 show – fun and entertaining for all the family, with so much to see and do.

The Gower Show aims to be a very traditional agricultural show, a chance for local farmers to get together and bring along examples of their best stock, including cattle, sheep, pigs and piglets. The local farmers also enter samples of their crops and compete to see who produces the best grassland. Above all it is a reminder of how very important farming is to our area.

New to the President’s ring this year will be the scurry driving competition, a fast-paced equestrian sport in which a pair of ponies pull a carriage around a course of cones in an attempt to get the fastest time. Ridgeside Falconery will also be returning to the show, this time with lurchers as well the amazing falcons, with displays of showing the working relationship between the dogs and the birds of prey.

They also welcome back Merion Owen and his fun-filled quack pack. Rounding up the attractions in the President’s ring will be a show favourite, the display of fabulous Shire horses in all their glory.

And don’t forget, one of the most popular participation events is the novelty dog show with 13 different  categories in which you can enter your pooch.

Horses are always very popular at the Show and attract a very high standard of competition throughout all the horse showing sections. The horse schedule has over 90 classes and there are always fine examples of almost every type of breed, large and small, that you could think of. The competition in the horse rings start at 9 am.

The Novelty Dog Show is back and the organisers are expecting a record number of entries this year. Let’s be honest, we’ve all been looking after our pampered pooches as much as they have us, over the last few years.

There will be two rings running simultaneously starting at 1pm. So if you have a pretty pup, come down and enter your pooch in this year’s event.

As you can imagine the schedule for the day is enormous, and you want to make sure you catch as much as possible. Best thing to do is plan ahead. You can check out the full timetable HERE.

THE GOWER SHOW really is an action packed day, but also somewhere to chill, relax and have fun with all the family. The new date this year is Sunday 31st July between 9am and 5pm, and we reckon you’ll want to spend the whole day there.

Tickets are priced in various sections, Adults, Senior, Children and Children Under 5. We have checked and the tickets aren’t quite ready to buy just yet, when they are, just go HERE. There will also be a 10% reduction of you buy in advance. 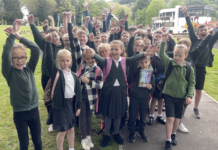 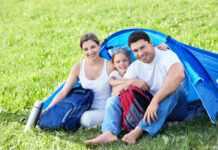 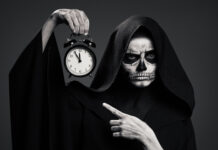 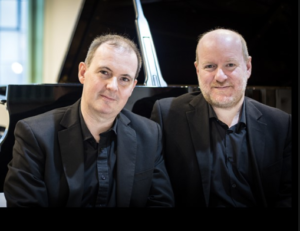