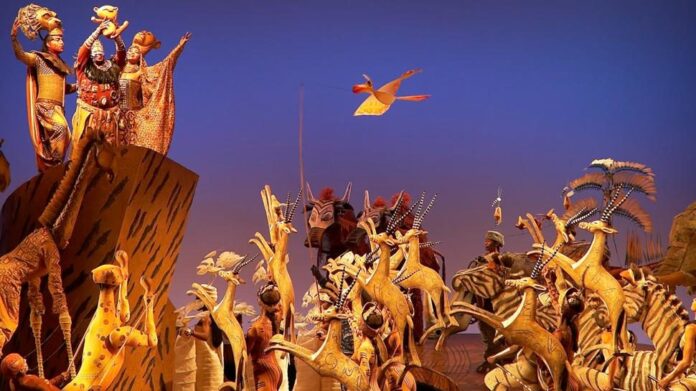 There are many things we have missed over the last few months but as far as shows are concerned, THE LION KING has to be right up there. We’ve spoken to so many families around South Wales who had this planned for a long time. Kids were understandably excited. Mums, Dads and Grandparents too were all in on the act. There is some really good news however, The King is set to return. Okay, we have to wait a fairly long time, but trust us, the kids will be so excited that it’s heading our way again.

THE LION KING is now coming to the Wales Millennium Centre in 2022, yes we know, a two year wait, but if you haven’t seen this awesome spectacle live n stage, it will be so worth it. Not only is the show on its way, but they’ll be here for 7 weeks from the 7th July to 27th August, which is near enough two years to the day it should have been here pre-pandemic.

It’s been five years since the KING was in town for a 10 week run. Back then the show brought millions into the South Wales economy. This is far more than a theatrical experience.

Graeme Farrow is the Centres’ Artistic and Creative Director and like us, is extremely thrilled to have the production back at the WMC. He told us…..

‘We are thrilled to be welcoming THE LION KING. It’s a timeless production for everyone, young and old.’

Unbelievably, Disney’s award-winning musical is now in its 21st year at London’s Lyceum Theatre, and they have just extended booking, so it seems it’s there to stay. If you think you’ve seen THE LION KING trust us, you’ve seen nothing till you witness it live on stage. It’s like a massive explosion of glorious colours, stunning effects and enchanting music (songs we all secretly sing-a-long to).

Just in case you’ve been living under Pride Rock and don’t actually know the story of THE LION KING. It follows the journey of Simba from wide-eyed (and very cute) lion cub to his destined role as King of the Pridelands.

We have to confess here that some of the SOUTH WALES LIFE team have a bit of history with THE LION KING having worked with Disney at the start of the very first UK opening. We were involved with the World Premiere of MARY POPPINS in Bristol some years ago, but that’s another story.

We were also fortunate to don our best evening wear for last years’ Olivier Awards at the Royal Albert Hall where the cast of THE LION KING performed a special number for the show. You can watch their performance of The Circle Of Life RIGHT HERE incidentally, it’s fab.

To celebrate the big announcement I thought we’d look back at the life of this great king and see how, after all these years, he’s still roaring loud.

As I’m sure you know, the movie has had a live action reincarnation with a fabulous cast: Seth Rogan, Beyoncé, James Earl Jones, Chance The Rapper, Donald Glover and the list goes on and on. The film is terrific. You know exactly what’s going to happen and of course, every word to every song (apart from the new one). If you want to have a sing to the new Circle Of Life we found this HERE.

It’s a great story, beautifully re-told. I really want to mention the director Jon Favreau. Look at his picture below, of course you know him as an actor. He was in Friends, Spiderman, Avengers Endgame, Star Wars and the list goes on. He was also Executive Producer on a lot of the recent Marvel movies. His direction however, is second to none.

Now either Jon and his team are technical, computer, CGI wizards, or, they trained the animals to sing, dance, act and perform for this movie. We’d like to think it’s the latter. It is so realistic. We also have to say this, only because we all laughed, repeatedly, who doesn’t enjoy a farting warthog? You can see the movie trailer RIGHT HERE give it a look if you haven’t yet seen the movie. The CD soundtrack is terrific too, the same but very different, if that makes sense?

And Beyonce has just released a special edition of that reimagined soundtrack, which is really good.

Back to THE LION KING live. It not only has a permanent home in London and Broadway but has toured the world extensively. So to get you in the mood even more, here are………..

RAFIKI WAS CHANGED TO A FEMALE CHARACTER FOR THE MUSICAL

THE LION KING PREMIERE TOOK PLACE IN MINNEAPOLIS, MINNESOTA (USA) IN 1997 BEFORE MOVING TO BROADWAY LATER THAT YEAR.

THE LION KING MUSICAL DEBUTED ITS FIRST EVER PERFORMANCE IN AFRICA IN JOHANNESBURG, SOUTH AFRICA.THE SHOW DEBUTED AT THE WEST END’S LYCEUM THEATRE IN 1999 AND IS STILL RUNNING.

THE LION KING HAS BEEN IN OVER A DOZEN COUNTRIES ALL OVER THE WORLD.

IT TAKES 114 PEOPLE TO PREPARE FOR EACH PERFORMANCE.

THE PHRASE “HAKUNA MATATA” (“NO WORRIES”) IS SAID 25 TIMES IN EVERY PERFORMANCE.

THERE ARE 5 DIFFERENT LANGUAGES USED IN THE LION KING INCLUDING ZULU, XHOSA AND SWAHILI.

IT TOOK MORE THAN 17,000 HOURS TO MAKE ALL THE COSTUMES AND PUPPETS FOR THE BROADWAY PRODUCTION OF THE LION KING USING 750 POUNDS OF SILICONE RUBBER.

THE TALLEST ANIMALS IN THE SHOW ARE THE 18 FOOT EXOTIC GIRAFFES IN THE SONG “I JUST CAN’T WAIT TO BE KING”.

THE TINIEST ANIMAL IN THE SHOW IS THE TRICK MOUSE AT THE END OF SCAR’S CANE: 5 INCHES LONG (OR SHORT).

Disney’s photographs above are incredible (thank you) and only whet our appetite even more for the shows arrival. Tickets for THE LION KING at The Wales Millennium Centre, Cardiff are on sale now, although they are in the process of sorting out existing tickets at the moment, so bear with them. The new dates are 7th July to 27th August 2022. For more information, go here. LION KING 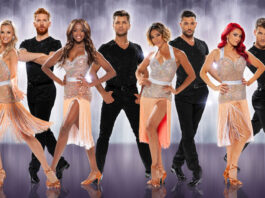 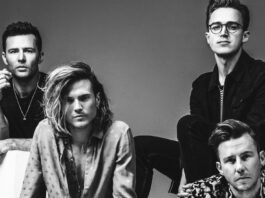 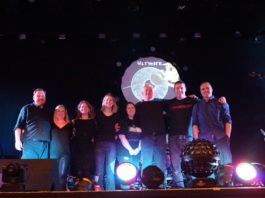 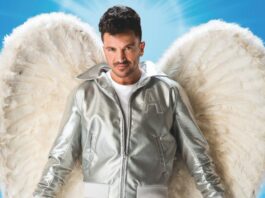 Grease Returns – Peter Is Our Angel 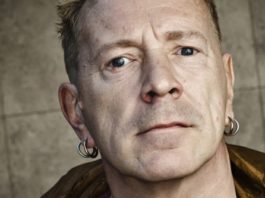