The CARDIFF CASTLE CHRISTMAS FESTIVAL is now underway in a specially-made Spiegeltent put up in the grounds of Cardiff Castle. The first show was a fantastic re-telling of THE NUTCRACKER.

The festival is produced by Cardiff-based live events company Live Under the Stars, who brought us the big Jubilee Concert this year, and Jamboree Entertainment, the festival will include three incredible shows running through to Sunday 8th January next year.

Our review of The Nutcracker is HERE.

The shows will be performed in the ornate and intimate 570-seat Fortuna Spiegeltent within the historical grounds of Cardiff Castle and promises to transport audiences to a nostalgic and magical world.

We’ve been inside for the opening performances and can tell you it really is something truly magical and more than a little breathtaking.

After the performance of the Nutcracker we spoke to the festival producer and director RICHARD PERRY and JOHN MANDERS from Live under The Stars. Twon incredibly proud Welsh men who you may remember produced the recent Cardiff Castle Jubilee Celebration Concert, and the Live Under the Stars Concert series. We also spoke to the Creative Director of the Nutcracker, JAMIEL LAURENCE.

They told us about the idea behind the Christmas Festival and how the Spiegeltent made it’s long journey from Australia to the heart of Cardiff. Incidentally, if you’re not sure what a Spiegeltent is, be prepared to be amazed.

CASTELLANA has its World Premiere on Thursday December 1st and runs until Sunday January 8th 2023. The show is suitable for those aged 16+

SANTA’S WISH has its The World Premiere on December 2nd, and the show will run for a strictly limited season until December 24. The show is suitable for ages 3+

Tickets and information for Castellana and Santa’s Wish is available via the Cardiff Castle Christmas Festival website HERE. And you can take a look at our Festival Feature HERE. 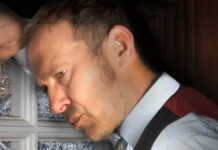 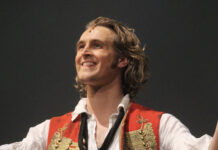 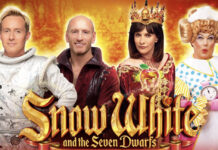 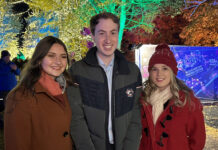 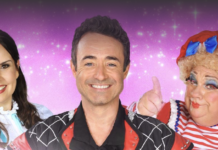 Meet the Cast of Beauty and the Beast at Swansea Grand