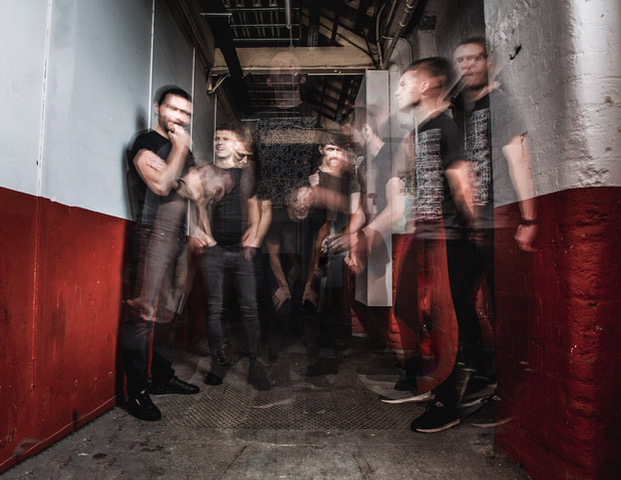 Manchester’s THE SLOW READERS CLUB, are back with their latest and most anthemic single yet, ‘Tell No Lies’; a huge synth-driven alternate anthem ready-made in time for the band’s long anticipated – and three times rescheduled – UK Headline tour which kicked off on last week at the Foundry in Sheffield.

This tour has been a long time coming and was originally penned for Spring 2019 to coincide with the release of the band’s Top 10 album ‘The Joy Of The Return’.

The single, co-produced by Steven Ansell of Blood Red Shoes and the band’s long-term collaborator Phil Bulleyment is accompanied by a brand-new music video featuring Line of Duty star Craig Parkinson aka DI Matthew “Dot” Cottan. Parkinson plays the extravagant faith healer who meets his match when he encounters protagonist and lead singer of the band, Aaron Starkie.

The collaboration with Craig came about through an unlikely meeting between BBC 6 Music’s Chris Hawkins and The Charlatans’ Tim Burgess:

“I met Craig at Kendal Calling, he was stood talking to Chris Hawkins and Tim Burgess at the time. It was one of those weird things where you feel like you’ve met before, I think Chris saw me trying to figure it out and then pointed out that I would know him from Line of Duty”.

“We since got chatting on Twitter and he let us know that he was a fan of the band and kindly offered to be in the video. He’s a top bloke, so generous with his time and brought great energy to the shoot.”

‘Tell No Lies’ provides a step forward for the band, a fresh new larger sound, one that is made for a live audience – yet still stays true to a blueprint that has become synonymous with the band’s success to date.

Telling us about the track Aaron said…..

“The song is about music’s ability to transport you somewhere else and take away your anxieties for 3 minutes or so. Lyrically it’s a bit of a conscious departure from our more introspective, existential, doom-laden stuff that we are known for. Feels like the world needs upbeat tunes now, as real life has been bleak enough.”

If you want to catch the guys when they get to the Globe in Cardiff on Thursday 7th October, just grab your tickets, which are £17.50 each – HERE.

“We can’t wait to get back out there again; we’ve had a taste of it with festivals but it’s our headline shows where we get to see our fans again and share two albums worth of tunes that we’ve released since we were locked down for the first time 20 months or so ago. We are really excited to see how they go down alongside the more familiar tunes in our set.”

Check out THE SLOW READERS CLUB on their socials below…. 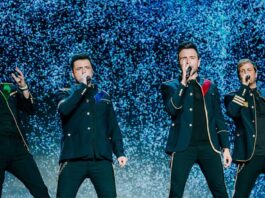 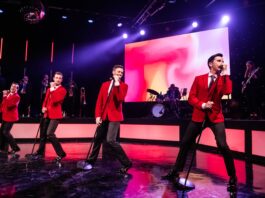 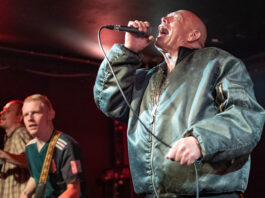 We Talk to Buster from Bad Manners as They Head Out... 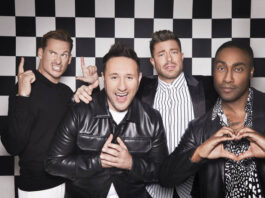 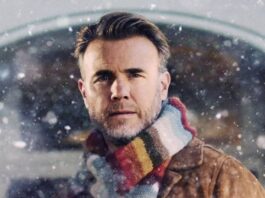 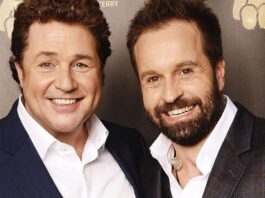 ABOUT US
We are your entertainment, lifestyle and events magazine. Featuring the very latest from wherever you are in South Wales and always updated daily. With the best in movies, music, theatre and arts. Places to stay, eat, visit and things to do. If it's a part of our region, you'll find it right here in South Wales Life.
FOLLOW US
© Copyright 2019 South Wales Life: All Rights Reserved
SIGN UP NOW
Loading Comments...