The Annual Population Survey by the Office for National Statistics estimated that 896,900, or 29.8 percent of the population of Wales aged 3 and over, were able to speak the language, implying a possible increase in the prevalence of the Welsh language since the 2011 census.

As there seems to be a real desire for more of us to learn the language, finding new, simple and affordable (free) ways to do it, is now more important for learners.

Responsibility for the popular Welsh course on Duolingo – which has attracted almost 1.9 million learners worldwide since launch – has transferred to the National Centre for Learning Welsh.

In October the National Centre’s language team took up the baton from a group of enthusiastic volunteers, led by Welsh tutor Richard Morse, who have been running the Duolingo course since its launch in January 2016.

Since then, more than 500 million people across the world use the free Duolingo language-learning platform.

The development is the first of its kind, and part of a wider initiative within Duolingo to move from a volunteer-based model to having some courses managed ‘in-house’, with others developed in partnership with external bodies such as the National Centre.

In the 2020 Duolingo Language Report Welsh was found to be the fastest growing language in the UK, up 44% on 2019 – ahead of Hindi, Japanese and French.  Welsh learners were also found to be some of the hardest working and most committed in the world, ranking third for the longest average daily streaks, and third for the most number of lessons completed.

Welsh’ success continued in 2021 with the language overtaking Russian, Chinese and Portuguese to become the UK’s 6th most learned language behind Spanish, French, German, English, Italian and Japanese. There are currently 476,000 active learners of Welsh.  Over 58% of recent learners are in the UK, 15% in the US, with 2% in Australia and Canada. The remainder are split between pretty much every country on earth with a single learner as far afield as the Cook Islands, Greenland and Burkina Faso.

The course – available for free on Duolingo’s app of the year winning iOS and Android apps, and at duolingo.com –  uses game-like experiences to help learners practise and improve their language skills.

The National Centre has already worked with the Duolingo volunteers to align the course to its curriculum.  It also signposts its learners to Duolingo so they can revise what they have learned in class.

“The success of the Welsh course on Duolingo shows there’s a real demand to learn the language – this is excellent news as we work towards achieving the Welsh Government’s ambition of a million Welsh speakers by 2050.

“Duolingo – along with the dedicated team of volunteers who’ve worked so hard in developing and maintaining the Welsh course – have given so many people across the world the chance to learn Welsh and I’d like to thank them very much – diolch yn fawr i chi.

“As Duolingo moves forward, I’m delighted they’re joining forces with the National Centre for Learning Welsh, which was praised in a recent independent review for its clear vision to support learners to become users of the Welsh language.  This new partnership will create even more opportunities for people to enjoy learning and using the language.”

Liz Day, who lives in Cardiff, started learning Welsh just over a year ago. Liz has been following intensive courses with Learn Welsh Cardiff, one of the National Centre’s course providers, run by Cardiff University, and recently won the ‘Starting Out – Learn Welsh’ category at the Inspire! Adult Education Awards.  Liz is also a massive Duolingo fan, and uses the app to practise between classes.  Liz explains:

“The Learn Welsh course books helpfully contain icons at the end of each chapter, showing how they correspond with the Duolingo units – this led me to using Duolingo.  It’s perfect to use alongside my Welsh course and it’s a great way to practise and revise.

I’ve been using Duolingo every day for over a year now, and I’ve learnt nearly 2,000 words.  I’ve taken Duo with me everywhere and – despite some patchy internet – managed lessons on a friend’s sofa, in a mountain layby and even in a circus big top.  It’s a fantastic way to practise what I’ve learned in class and I admit I’m slightly hooked!”

Colin Watkins is the UK Country Manager at Duolingo…….

“Welsh has been hugely successful on Duolingo which is thanks to the stellar work from Richard and the team.  Volunteers, including our co-founder, Luis von Ahn, wrote many of the early courses but as our popularity has grown, along with the number of language courses, now over 100 and counting, we wanted to formalise the way courses are created.  It’s important for us to find the right partners and the fit with the National Centre for Learning Welsh is perfect.  We’re confident their team will be able to continue the fantastic work started by Richard and the team.”

Dona Lewis, the National Centre’s Deputy Chief Executive, who has led the discussions with Duolingo, adds……

“The Duolingo Welsh course is a brilliant learning resource and our learners love using it to practise and improve their Welsh.  This new partnership will enable us to further align the Duolingo course to our courses, which are available at five different learning levels.  We’ll also be able to promote further learning opportunities to the Duolingo Welsh community, including virtual courses, online self-study modules and social events for Welsh learners.

“The National Centre would also like to pay tribute to the volunteers who’ve worked on the Duolingo Welsh course – we’re looking forward to continuing their good work and to welcoming and supporting even more Welsh learners.” 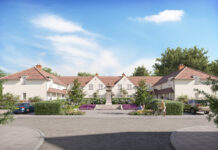 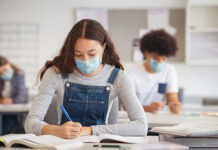 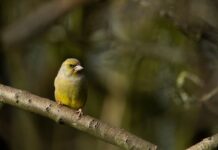 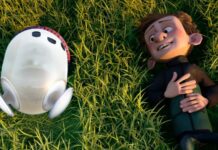 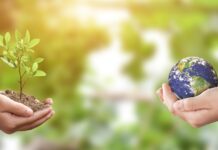