Christmas is coming and that can only mean BRECON FESTIVAL BALLET, a charity Ballet Company based in Brecon will present another full scale production of THE NUTCRACKER at the newly refurbished Theatr Brycheiniog in rural Brecon, for five performances. They have presented this before and audiences loved it.

It welcomes back the wonderful Welsh Chamber Orchestra, Welsh and British based dancers, supported by the local community and a talented team of volunteers for scenery, costumes, props and acting roles etc. All organised by former professional dancer KATY SINNADURAI BEM, Artistic Director of BFB and LESLEY WALKER, company secretary.

There really couldn’t be anything more festive than the combination of ballet and The Nutcracker.

​I think it’s fair to say it’s probably the world’s most popular ballet – performed to packed houses all over the globe each Christmas.

It’s Christmas in the Stahlbaum household and 16 year old Clara is given an unusual present of a Nutcracker doll by her Godfather, Herr Drosselmeier. She doesn’t realise that this doll is actually Drosselmeier’s nephew, Nathaniel, who is trapped by a curse within the Nutcracker doll.

Only the love of a caring young woman will release the curse and when Clara helps the Nutcracker doll defeat the Rat King in a battle between rats and Nutcracker’s army of toy soldiers, the curse is broken. The young man is free again and he and Clara dance a joyful duet together. To celebrate the victory, Drosselmeier leads the young couple on a magical journey through the Christmas Wood (the famous Snowflakes scene, where a corps de ballet of 20 dancers whirl in the night sky) and on to the Kingdom of Sweets.

Here the Sugar Plum Fairy and her Cavalier entertain Clara and Nathaniel with dances and sweets from around the world, until Clara is returned to her home with her new love Nathaniel by her side.

The ballet is a winning combination of Tchaikovsky’s beautiful music featuring famous and very familiar tunes, and a magical story involving a Christmas party, a journey through the Christmas Wood and a feast of iconic dances in the Kingdom of Sweets, ruled over by the Sugar Plum Fairy.

The WELSH CHAMBER ORCHESTRA are something special too. Founded to fill the gap in the music making life of Wales between the performances of small chamber music ensembles and those of the symphony orchestra. Since its inception in 1986 it has performed with many of the world’s greatest soloists, and undertaken several European concert tours as well as performing throughout the UK. For many years it was resident chamber orchestra in the Swansea International Concert Series where its innovative policy of giving second performances of works by Welsh composers was highly regarded.

They have recorded numerous television programmes including a New York Film Festival prize-winning Opera series. The orchestra’s first commercial recordings were of works by William Mathias and Alun Hoddinott. A second disc of works by Alun Hoddinott has since been released, and a further one of Michael Tippett’s works will be issued shortly.

The whole collaboration which relies heavily on donations and voluntary support brings The Nutcracker to life for Christmas 2022 with Tchaikovsky’s beautiful score set alongside the magical Kingdom of sweets.

Following the disruption of the Covid pandemic, which saw the cancellation of the 2020 Christmas performances, they were understandably delighted to be back on stage last December, with the adapted performances of “Christmas Treats from the Nutcracker”, which featured highlights from the famous ballet together with excerpts from other ballets and a few surprises!

​Talented local children and apprentices again took part, performing alongside 15 professional dancers, and the performance also featured the new, short ballet “Plea”, which was created by artistic director, Katy Sinnadurai, in 2020, to express the frustration and loneliness of the lockdowns.

​It has been a challenge for arts organisations such as BFB to keep going during the last two years, so they are relieved and delighted to be bringing back the full-scale production with a live orchestra this Christmas!

THE NUTCRACKER takes to the stage on Friday 16th December and runs through to Sunday 18th, you can get your tickets HERE or give the box office a call on 01874 611622. 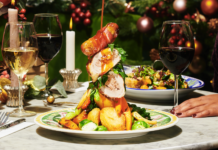 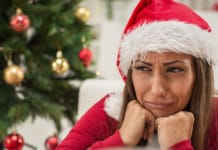 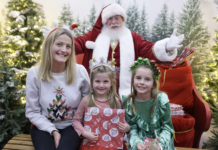