GREEN MAN FESTIVAL, Wales’ largest music, science and cultural festival which celebrated its 20th year this August, is the first 2023 UK festival to have sold out in a record time of just four hours.

The 25,000 capacity a day festival tickets went on sale at 10am yesterday (29th September). By 2pm in the afternoon, all tickets had been sold – a record time for the festival, which sold out in three days last year.

That the tickets have sold so quickly before any line up announcement has been announced illustrates the incredible trust in the Green Man by its growing and loyal fanbase.

“This year’s event was an important and memorable one for us as we celebrated our 20thanniversary. The line-up was spectacular with the likes of Kraftwerk, Michael Kiwanuka and Beach House gracing our Mountain Stage, not to mention the other amazing bands and artists entertaining our wonderful festival goers. Another highlight this year was holding the first Pride March at a UK music festival which celebrated not only the wonderful achievements of Pride, but also the many people from the queer community who join us each year.”

“Celebrating people, creating quality experiences and great memories is at the heart of Green Man and our visitors tell us that they recognise that and like it. The Green Man audience is the best in the universe and we can’t wait to welcome them back to Green Man’s 21st birthday party.”

Green Man also houses a pioneering science engagement area, Einstein’s Garden, which will again showcase discussions, stalls and experiments for kids and adults alike. As well as a health and wellness area, arts exhibitions, performing artists, comedy, literature, children’s areas, and, of course, Green Man’s very own Welsh beer and cider festival at The Courtyard where more than 150,000 pints will be served across the weekend and an amazing range of food stalls serving Welsh fresh ingredients.

This August’s 20th anniversary edition was the perfect encapsulation of why Green Man has been one of the most beloved festivals in the UK for the past two decades, and 2023 will see the festival return for an incredibly special weekend packed with celebration and surprises.

Alongside the brilliant music, there were stimulating talks across the Babbling Tongues area from the likes of Travis Alabanza and Ash Kenazi, comedy from the rib-tickling Lolly Adefope, Shaparak Khorsandi, Mark Steel and more. The first pride parade to take place at a Welsh festival also attracted a huge crowd on Saturday afternoon, marching through the site in glorious colour to mark 50 years of Pride.

There was groundbreaking science taking place in Einstein’s Garden, including a collaboration with King’s College London on their new Weather The Weather climate change installation, and the Little Folk children’s area continued to pioneer family-centric fun at UK festivals with a broad programme of entertainment and interactive exhibitions; this year’s theme was ‘Minibeasts’.

GREEN MAN is one of those special events, with a reputation for being non-corporate and incredibly ethical, it can rightly call itself one of the most successful festivals in South Wales. On top of that, it’s multi-award winning and has been given ‘major event’ status by the Welsh Government due to the festival’s positive impact and wealth creation.

What we really love about GM however, it’s just incredible fun for the whole family.

The magic of Green Man lies not just in its scenery and music. Made up of 10 individual areas, the festival also offers a diverse range of events to accompany its incredible line-up, boasting art installations spread throughout the tranquil valley, a beer and cider tent to enjoy a crisp Welsh pint, a mini-beast themed area of discovery and exploration for the little folk and a relaxation and workshop space for the teenagers. Further line ups of music, science, film, comedy & literature will be revealed in the coming months.

There is so much live music, alternative, indie, folk, dance and so much more. But it’s everything around the music which makes this a truly inclusive event. There’s literature, film, comedy, theatre and poetry. In fact 1,500 multi-arts acts perform across 17 stages over 10 areas, each offering a unique festival experience. There’s even all-night bonfires and secret gigs.

The setting couldn’t be any better either. Nestled within the majestic Brecon Beacons, the Settlement is your opportunity to explore miles and miles of mountains, forests, waterfalls and rivers. You can camp for a whole week to really discover the incredible beauty of the Welsh surroundings.

Immersing yourself in the GREEN MAN community of Settlers couldn’t be easier – host barbecues with produce sold daily (from the local butcher), team up for the legendary Settlement Pub Quiz, cuddle up around the Settlement bonfire or enjoy live music, workshops, outdoor adventure and family fun.

Here’s Huw Stephens’ guide to all that is Green Man……

Whatever kind of festival-goer you happen to be, there’s bound to be an area that floats your boat, be it for the laughs, literature, art, science, mischief or music. So whether it’s revelling in the thumping tones of a new band, catching some illuminating literature or soaking up the sunshine with a pint of Welsh beer, you’re sure to unearth some serious magic.

If you’re looking for a quiet retreat you can actually find one in Nature Nurture. The Courtyard and Fortune Falls, with each area featuring a mixture of local beers and ciders, yoga and mindfulness workshops and hot tubs (one’s even on top of a double decker bus!), as well as the natural beauty of the Welsh countryside.

Green Man has grown to be one of the can’t-miss fixtures of the summer festival season. Now welcoming more visitors than ever, the line-up inevitably reflects all of our varied tastes. Whether you’re a fan of twinkly indie, traditional folk, pulsating garage rock or ear-melting electronica, there’s probably something on the bill for you. There’s also a comedy tent, pretty gardens, kids’ areas and wellbeing zones, so you can chill out before the burning of the Green Man himself on the last night.

The Settlement is the campsite for guests with Settlers Pass tickets, and features a stage curated by an act or organisation from within the Welsh music industry.

The family friendly festival has two areas specifically for younger guests, with the Little Folk area featuring activities and entertainment for young children, and Somewhere hosting a number of workshops in the creative arts aimed at a teenage and young adult audience.

Mountain’s Foot holds the main stage, while Far Out will feature a mix of high energy performances and the relaxing Cinedrome, perfect if you’re after a quiet escape. You can watch a number of different films on the big screen.

Smaller artists capturing Green Man’s ethos can be found in the Walled Garden, and a fusion of science, art and nature is located in Einstein’s Garden.

Being green is absolutely fundamental to the Green Man festival (it is one half of their name after all). So here are some of the ways in which you help keep Green Man green! GREEN TIPS

Tickets for this year’s festival sold out in two days back in September following a triumphant weekend in the Welsh Mountains in August that was able to take place against all odds. The festival runs from Thursday 18th to Sunday 21st August 2022. 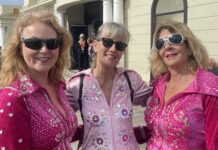 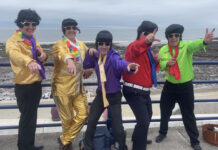 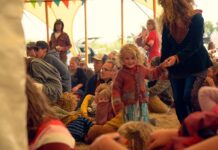 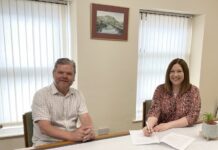