Incredibly, THE MANFREDS are celebrating 60 years as a group and if you’re marking an achievement like that, you need to do it with your fans, old and new. Formerly known as Manfred Mann the boys are heading out on tour across the UK, with a date at The Riverfront in Newport next year.

The band are considered one of the finest and most respected of the 60s. Their numerous hits were R&B based with an undercurrent of jazz – a very unusual but winning combination of playing style at the time.  As a result their records have a timeless quality some 60 years on.

The Manfreds feature both original frontman, PAUL JONES, and original guitarist TOM MCGUINNESS. At 80 years of age Paul is the envy of many as he shows no sign of slowing down, and it’s much the same with his band-mate Tom who is 81. Paul and Tom will be joined by PETE RILEY on drums, MARCUS CLIFFE on bass, MIKE GORMAN on keyboards and SIMON CURRIE on saxophone/ flute.

We can expect many of the much loved hits, including Pretty Flamingo, 5-4-3-2-1, The One In The Middle, Come Tomorrow, Sha La La, Mighty Quinn and Do Wah Diddy Diddy, one of the most popular and instantly recognisable songs of the decade and still the biggest audience pleaser at their concerts. Alongside these classic hits The Manfreds will be playing a variety of their favourite Jazz and Blues covers hailing back to the very roots of the band in the early 60s.

As you can see, there is a massive career to cover on the live shows, which was also the same when we put a Zoom call in to the legendary Paul Jones. Video quality isn’t the greatest I’m afraid, but that gave us an excuse (not that we need one) to remember some of the great hits from the band.

We talked about the early days, life on the road, and touched on Paul’s break from music in the 70s to pursue his acting career. And of course no interview would be complete without a little nod to lockdown and how that affected Paul’s live shows.

These tour dates will also feature tracks from Paul’s new solo album ‘The Blues’, due to be released on 20th September, which is the first collection of Paul Jones’ recordings that encompass his earliest days with Manfred Mann and beyond. The twenty-one tracks are all Paul Jones compositions or co-writes and display the breadth and depth of this unique performers talents.

THE MANFREDS – HITS AND BLUES tour gets to The Riverfront in Newport on Wednesday 3rd may next year. The show starts at 7:30pm, tickets are £30 and you can get your from HERE.

You can also see what the guys are up to, and take a little trip down musical memory lane on their website HERE. 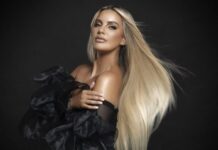 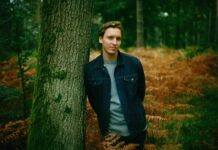 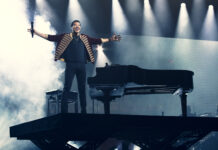 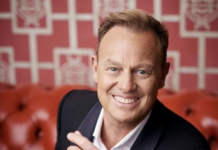