Welsh classical soprano ELLEN WILLIAMS has today released a new CD collection of inspiring songs from the movies. Cinema includes three brand-new classical arrangements of ‘You’ll Be in My Heart’ from Tarzan, ‘Now We are Free’ from Gladiator and ‘No Time to Die’ from No Time to Die alongside three recent singles ‘Danny Boy’ from Memphis Belle, ‘May It Be’ from The Lord of the Rings and ‘Cinema Paradiso’ from Cinema Paradiso.

For ‘Now We Are Free’, Ellen released an extraordinarily beautiful music video, showcasing some of Wales’ breath-taking coastline.

Talking about the new CIMEMA collection, Ellen told us……

“I’ve always been affected by how the music fills the silence in a heartfelt scene, and how the score provides the listener with an instant gateway into the world of the scriptwriter. I’ve wanted to record my own versions of film score greats for such a long time.”

We actually spoke to Ellen in the thick of the pandemic when she had released her Christmas Single ‘Dancing with the Angels’ which was the perfect antidote to soothe our aching hearts. It’s particularly poignant for those who have lost a loved one, or indeed remembers someone special.

Ellen wrote her debut single to the tune of the traditional Welsh Lullaby ‘Suo Gân’, which featured in Steven Spielberg’s film ‘Empire of the Sun’. The fantastic news is that, on day one of release, it made its way to Number One in the iTunes Classical Chart, and rightly so, it’s a really lovely song.

You can watch that interview, and take a listen to her Christmas number one single, HERE.

Ellen has come a long way from her first ’Saturday job’, which was singing to tourists in Welsh medieval banquets in Cardiff Castle! Any money she made she put straight into singing lessons and music books. Since then she has gone onto be praised for her “poise and promise, her voice agile with silvery charm” (The Guardian), and has been described as singing “with heart-piercing sweetness” in The Times.

Ellen has performed all over the UK in some of the most prestigious concert halls from the Royal Albert Hall to Cadogan Hall, Royal Concert Hall Glasgow, Bridgewater Hall, the Brangwyn Hall, the Wales Millennium Centre and St. David’s Hall where she was a finalist in the Welsh Singers Showcase in 2018 and performed with the BBC National Orchestra of Wales.

Her talent has not gone unnoticed by other leading singers in the music industry and even Royalty, having previously sung for HRH The Prince of Wales in Buckingham Palace. Last year Ellen was honoured to be asked to sing during the wedding ceremony of Classical Welsh singer Sir Bryn Terfel, accompanied by Scottish Pianist Malcolm Martineau.

Ellen has also shared the stage with Welsh Classical tenor/BBC Radio Wales Wynne Evans and supported Rhydian on his UK tour. It was also a joy for her to be asked to perform in the line up for the Salvation Army Christmas Carols Concert at the Royal Albert Hall, where she even met Mary Berry!

As for the new collection – Ellen talked us through it, track-by-track.

1. YOU’LL BE IN MY HEART, from Tarzan

Disney’s Tarzan was a film I watched many many times as a child, but Phil Collins’ soundtrack is one I could still listen to on repeat today! The song ‘You’ll be in my heart’, which Collins wrote with his daughter Lily in mind, is so moving that it never fails to bring a lump to my throat. For me it’s one of those great songs that really resonates right in your core and there’s just no denying how beautiful a song it is, both in its melody and lyrics. This is the opening track on the Cinema EP, as for me, this feeling is what movie magic is all about.

2. NOW WE ARE FREE, from Gladiator

This iconic theme had to be included on any collection of film score greats for me. It’s uplifting and powerful all at once. I’ve always loved the music of Hans Zimmer from watching The Lion King as a child to those I’ve been gripped by more recently such as Interstellar and Dunkirk. The expansiveness of the compositions always gives me goosebumps and I’m so pleased to have recorded my own version of one of these greats.

Danny Boy is such a cherished song that means so much to so many people for all different reasons. It’s often thought of as a sad song, but there’s a message of love transcending life in those lyrics and I hope that sense of hope shines through in this arrangement and brings some comfort to those who may need it.

I’ve always loved romantic film scores and have spent many rainy Sunday afternoons watching foreign language films like Fellini’s La Dolce Vita and Jeunet’s Amélie. I remember the first time I saw Cinema Paradiso. I recognised the beautiful love theme by Ennio Morricone and I’m delighted to release my own version of the song. I hope it reminds listeners of that wonderful feeling of being completely immersed in a classic film.

There have been so many brilliant James Bond theme tunes and just as many inspiring artists to sing them! The James Bond collection has been an institution and the iconic theme songs, especially those sung by Dame Shirley Bassey, were often played around the family home as I was growing up. In order to celebrate the latest in the collection, No Time to Die, finally being released this year having been delayed by the pandemic, I’ve recorded my own classical version of Billie Eilish’s ‘No Time to Die’. I certainly had a great time becoming a Bond Girl myself as we filmed the music video for this release.

6. MAY IT BE, from The Lord of the Rings

By the time The Lord of the Rings came out in the cinema, I was already well-acquainted with the world of Tolkien and ‘Bag End’, having grown up with my father reading excerpts from The Hobbit to me when I was little. I was therefore very excited for a family trip to the cinema in 2001 when the first in the trilogy, The Fellowship of the Rings was released, but what we weren’t expecting was that the showing would be so long there’d need to be an interval in the middle of the film, and I remember the laughter when we realised we were in for the long haul.

‘May It Be’ is a hauntingly beautiful melody by Enya and includes lines in the make-believe language of Elvish. Particularly with all that’s going on in the world with the pandemic, I thought this a suitable piece to release, as those lines ‘Mornië utúlië, Mornië alantië’ convey that although it may be dark now, light will surely follow.

ELLEN WILLIAMS – CINEMA is out on physical CD now. Head over to Ellen’s website to find out more. ELLEN

And with Christmas not too far away, you can get Dancing With The Angles by clicking on the picture below. 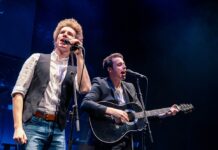 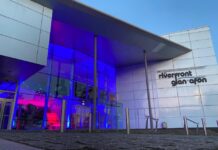 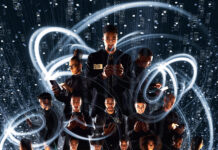 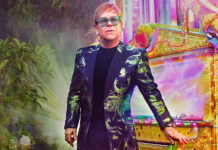