When we heard about this event, in unison we agreed that the four-legged animal would win every time, we figured two more would give it a distinct advantage. In the world of MAN VERSUS HORSE however, the competitors are not only fit and trained, but determined to challenge any terrain a horse can.

The event itself has been around for a while, and ironically it came out of a bet. It began as a slow trot in 1980, as most of these crazy things do, over a pint (or three) in the back bar of the Neuadd Arms Hotel. The then Landlord, Gordon Green, overheard two men discussing the relative merits of men and horses running over mountainous terrain. The enterprising Gordon, never one to miss an opportunity to promote Llanwrtyd Wells and improve business at his hotel, decided to put it to the test. And so began Green Events and its first, longest standing and now internationally acclaimed event, Man v Horse.

The annual Whole Earth Man vs Horse race takes place on a Saturday in Llanwrtyd in Powys. This year, unfortunately, they were another victim of the pandemic. Around 650 runners race a team of 60 horses and riders over 22 miles, across rugged terrain, steep hills, water and mud to see who would win.

It’s fair to say this is one of the UK’s most extreme off-road running events, only twice in its 40 year history has a runner ever beaten a horse.

So let’s explore that for a moment, can human actually beat a horse?

Runners from all over the world travel to Wales for the event. There’s been competitiors from New Zealand and America, but homegrown ultra runners like Jack Wood, who last year finished in 2:23:39 – five minutes behind the winning horse, certainly give the visitors a run for their money.

On the subject of money, that’s quite an attraction too. The escalating jackpot for a runner who beats the first horse and rider, which started at £500 and increases by £500 per year until it is won. The first jackpot received by Huw Lobb in 2004 had reached £25,000! So there’s a few quid in the pot to be won – if you can beat a horse. We reckon around £3,00 next year.

The course was changed in 1982 to provide a more even match between the man and the horse, resulting year on year in very close finishes – sometimes with the horse winning by only a few seconds. It took 25 years before Huw finally beat all the horses. His feat was repeated 3 years later by Florien Holtinger, but the horse has remained unbeaten since. 2014 saw the introduction of electronic timing, with each competitor wearing a tag which automatically recorded their times. This has improved on the timeliness and accuracy of the results published, and you can take a look at those here. RESULTS

Runners start at the Neuadd Arms in Llanwrtyd Wells, in Powys, mid-Wales, on the Afon Irfon which is just north of the Brecon Beacons. The horses start a little further up the town to give them a safe start. The runners also go off 15 minutes before the horses. Don’t get too excited, they will catch up with you.

The horses have to stop for regular vet checks around half way mark, so that will give you a little more time. Once again though, they will catch you up.

When the race finishes the atmosphere is incredible. As you can imagine a lot of people want to witness this spectacle. You’ll also be served sandwiches, cakes, biscuits and plenty of tea, which we reckon you’ll need by the finish.

So, the event itself is happening on Saturday 11th June 2022. So why, you may ask, are we telling you now? The answer to that is simple. It’s a horse, we are human, so we reckon months of hard training should so the trick.

Just be aware that the race has capacity for 600 solo runners, 150 relay runners and 60 horses and riders. Places sell out fast so you’ll need to get in early. Previously, the Man v Horse entry fee for solo runners is £30, relay teams pay £75 and horses and riders pay £40. That may change, but at least you have an idea of cost.

For more details take a look at their website here. MAN V HORSE 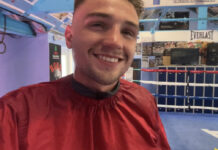 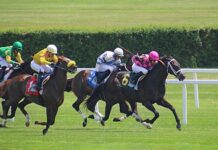 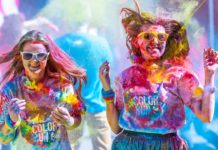 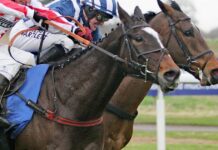 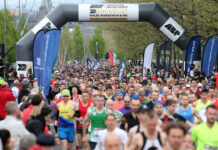