Dig out those leg warmers, grab your dancing shoes and prepare to enjoy a night of pure ‘Gold’ at the biggest 80’s party to ever hit South Wales. Spandau Ballet’s MARTIN KEMP is coming to town to play those 80s classic hits.

He’s recently played a couple of ‘Fireworks’ dates, and now has a rescheduled date for what is set to be one massive Christmas Party at the Tramshed in Cardiff on the 30th December.

Since the global success of Spandau Ballet, Martin has gone on to have a truly incredible career. One which has now found him on Gogglebox with his son Roman and the pair of them are live on ITV on Sunday morning.

From playing lead roles in likes of The Krays and Eastenders and more recently starring on Channel 4`s Celebrity Island With Bear Grylls, it’s fair to say that he knows how to entertain.

Martin’s son Roman is now a DJ with Capital FM and of course runner up in I’m A Celebrity. He’s been married to Shirlie Holliman since 1988. Shirlie, of course, is best known for being a former backing singer of the group Wham!, and one half of the 1980s pop duo, Pepsi & Shirlie.

She retired from steady performing after the birth of her daughter. She met Martin through mutual friend George Michael, and the pair married in St Lucia. And as Roman revealed in ‘Celebrity’ George is actually his Godfather.

In fact, Shirlie and Martins’ joint autobiography has been out for a while but would still make a nice stocking filler this year.

If ever there was a story of true love to be told, it’s this one. It’s a Love Story will tell the couple’s “full story” over 40 years. From the moment they set eyes on each other, and we get the feeling it really was a love at first sight thing. It’ll go through their career, personal life, and that unbreakable bond that kept them going through it all.

The book includes some of Shirlie’s journal entries and writings from over the years. She said recently…..

“From Wham! to Spandau Ballet, from success to chaos in the blink of an eye – Martin and I are two ordinary people who have been on an extraordinary adventure together. Through it all, our commitment to each other and to our family is what has always mattered the most. I am so pleased to be able to share our incredible story with Mirror Books and with you all.”

“Shirlie and I are both thrilled to be working on It’s a Love Story. 40 years together has been filled with incredible highs, when every teenage dream and every wish literally came true, to the most horrifying of lows that belonged in our nightmares. Shirlie and I are always asked, ‘What’s the secret to a long marriage?’ well, hopefully within the pages of this book we all might find the answer to that question! Shirlie and I think this is the perfect time to share our story.”

Ajda Vucicevic is the senior commissioning editor at Mirror Books, who secured world rights for the book…….

“As a long-time fan of both Martin and Shirlie, I have always wanted to hear from them personally about their life together. To me they represent the best of us: loyal, dedicated, hardworking, but above all deeply committed to their family and being the best they can be. They have brought joy to me over the years, and we hope the book will spread that joy and inspire people. It’s a dream come true to work with them.”

Martin and Shirlie found themselves with a top twenty album recently with In The Swing Of It. This was definitely one of the biggest musical surprises over the last festive period. They reimagined some classic songs and added the perfect husband and wife spin on them and the fact they have been together for over 40 years, made this extra special……

Here at SOUTH WALES LIFE we worked with Martin at an event at the Royal Bath & West Showground, this was at the peak of his Eastenders days. The crowd, as you can imagine, was massive, but we have to tell you, he is the nicest guy and from what we saw there, you’ll have a fantastic night.

Join Martin as he trades his bass for the decks and spins the biggest and best hits from the 1980’s! Fancy dress is of course encouraged.

The rescheduled date at the Tramshed on Clare Road in Cardiff is on Thursday 30th December from 8pm for his Ultimate Back to the 80’s DJ Set! Tickets are between £19.04 and £21.28.

You can get tickets for all those dates here – MARTIN 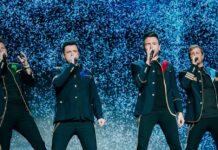 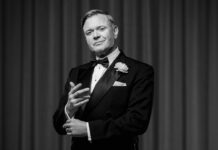 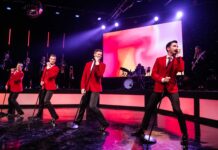 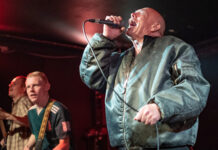 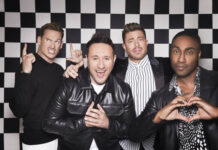 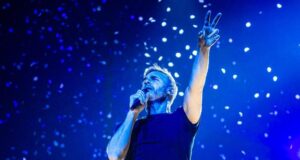