There’s no doubt that Veganuary is making us all think about alternatives to our regular menu and diet. In fact last year their campaign saw more than 620,000 people take the pledge to try a vegan diet, while more than 1,540 new vegan products and menu options were launched in the key campaign countries.

Here in South Wales, Marco Pierre White’s Steakhouse Bar & Grill is wholeheartedly embracing 2023’s Veganuary with the launch of a completely separate plant-based menu that will sit alongside its new winter set menu.

From tomorrow (6th January) the restaurant, which is located on the 6th floor of Dominions Arcade, is offering those who have or are wanting to switch to a more vegan-based diet, far more choice when they book a table at the famed chef’s restaurant.

Having increased the number of vegan and vegetarian dishes served over the last few years, the move to have an additional menu, which is purely vegan-based, comes at a time when more and more people are changing their eating habits to include plant only ingredients.

The vegan menu also includes plant-based meat from food pioneering firm Redefine Meat and means the restaurant is still the only venue in the area to offer this revolutionary new produce.

Helping cut obesity, blood pressure and lowering the levels of type 2 diabetes, many also switch for health reasons and use ‘Veganuary’ as the starting point for their new diet. New research also claims that a plant-based diet can cut bowel cancer risk in men by 22 per cent, making the reasons to go vegan even more apparent.

The no-nonsense chef, who himself went vegan, now hopes guests will enjoy the new dishes that sit alongside regular favourites.

“There is a place for all types of menus and the increase in plant-based dishes reflects what more and more customers now want. We’re not compromising on our other menus and there are some delicious classics for all to enjoy – we’re just providing a wider choice with regard to the vegan options.

“The world needs to eat less meat, but the reality is that until now plant-based meat products have fallen way short in terms of the quality and versatility required for our menus.

“I went on a vegan diet once and although I’m back on what I’d call a more balanced diet, I certainly lost a lot of weight.”

Those who have any room left will no doubt want to take a look at the dessert options which includes a granola topped apple crumble with green apple sorbet; almond rice pudding with vanilla poached apricots; poached seasonal fruits in sparkling wine and a selection vegan ice creams or sorbets.

On the new winter set menu new starters include a roasted tomato soup with basil and focaccia croutons, croustade of red pepper with anchovies, capers and tomato dressing and ham hock croquettes with Colonel Mustard sauce.

For mains, alongside the popular steaks (which includes the impressive Tomahawk), winter additions include shepherd’s pie with creamed potato and garden peas and salmon steak with crushed buttered charlotte potatoes with sauce tartare, all perfect for the colder winter months.

For further information please, and to see what’s on the menu, go HERE. 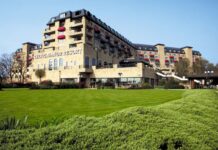 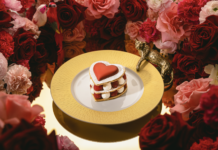 Celebrate The Season of Love at The Ivy Cardiff 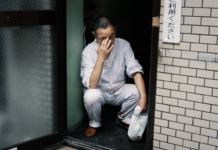 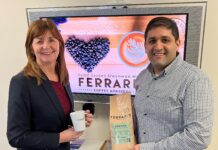 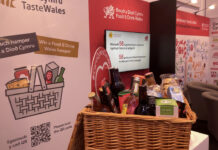 A Week Long Celebration of Coffee This October