Are you sitting comfortably? The we’ll begin….

Moving out of our parents home for the first time for the independent life, is one of our defining moments. Taking the next step and moving in with someone is not only exciting but filled with many challenges, especially, it seems, when it comes to sharing a bathroom.

If you’re a seat lifter, or a ‘no flush’ sort of person, or perhaps your aim isn’t what it should be, and you leave the smallest room, with a big mess, the living habits of our loved one can be both annoying and stressful.

Mira Showers have revealed: the biggest pet peeves we have about our partner’s bathroom habits. Unsurprisingly, not flushing the toilet after going (30.6%) is the habit couples hate the most about their partners. And it seems our tolerance level changes, depending on how long into the relationship we are.

There are quite a few things which leave us feeling more than a little flushed, and in some cases, ready to throw our relationship down the pan. When you read the list, you can almost understand it.

For men, their biggest pet peeve about the people they live with is not flushing the toilet after they use it. For women, nothing annoys them more than those who don’t clean their wee drops off the toilet seat. Overall, it’s clear that women are less tolerant of bad bathroom habits than men; only 1 in 10 women answered “none of these would annoy me” when presented with a list of pet peeves, compared to 22% of men.

For those either married or in a relationship, the habits of their partners that grate on them the most change depending on how long they’ve been together:

Now some of these could be because we just love a good moan, us Brits are the leading experts on the matter. The Telegraph once dubbed our habit of complaining as a “defining British characteristic”. Whether it’s grumbling about bad weather or long commutes, bonding over life’s little annoyances is undeniably inherent in UK culture.

The bathroom is somewhat different, it’s not only a room of functionality, but also a place of peace and solitude. Mums here in Wales spent more time seeking sanctuary in the bathroom during lockdown than any other UK nation.

The smallest room in the house has become the go-to place for peace according to the mums asked. More than a third admitted they spent more time in the bathroom than they needed to, in a bid to escape the challenges of life in lockdown. Read the full story HERE.

As lovely and tranquil as it can be, it appears it’s also a place we can develop more than a few bad habits.

Nationwide, 4.5million of us admit to weeing in the shower, but survey results suggest that it’s those in Plymouth who are the biggest culprits, with an estimated 35,000 people who are either guilty or accused of doing so. Meanwhile, those in CARDIFF and Birmingham cite squeezing toothpaste from the middle of the tube as an annoying trait they possess, and respondents in Newcastle are guilty of leaving the toilet seat up more than anyone else in the country. Surprisingly, more women claim to have a wee (17%) or poo (9%) with their bathroom door open than men (15% and 7% respectively).

Matt Herbert-Sandell is the Digital Communications Manager at Mira Showers. He told us…….

“This year has undeniably meant we’re spending more time at home than ever with our families, significant others and housemates, so we were keen to understand the impact that’s having on the nation. We found that women have been more frustrated by bad bathroom habits at home (26%), whereas men report they’ve become more tolerant (30%). Meanwhile, over a quarter of all respondents (27%) said their own bad bathroom habits have improved since lockdown was first introduced.”

In true chart countdown style, here’s the Top-Ten things we hate about our partners when it comes to using the bathroom…..

If you’d like to find out more about the survey and see the full report on our Biggest Bathroom Pet Peeves, go HERE. And to work out which bathroom habits annoy you the most, check out the graph below.

Take a look at these features for more…. 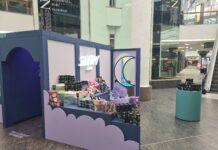 Take a Mindfulness Break in the Lush Sleepy Pop-Up 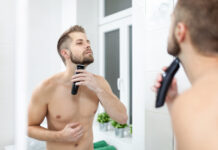 Top Tips For The Perfect Beard 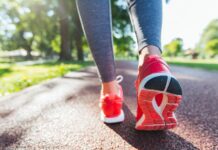 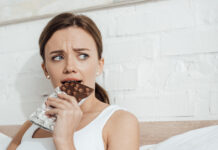 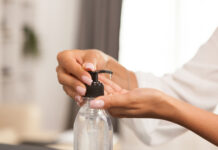 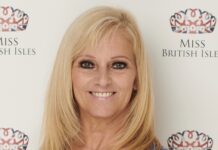