In another of our series of visits around OUR SOUTH WALES, we drop in on Pontypool in the county borough of Torfaen. If ever there’s a place steeped in Welsh industrial history, it’s right here.

Located at the eastern edge of the South Wales coalfields, Pontypool flourished around industries including iron and steel production, coal mining and the growth of the railways.

Pontypool has a notable history as one of the earliest industrial towns in Wales. The town and its immediate surroundings were home to significant industrial and technological innovations, with links to the iron industry dating back to the early fifteenth century when a bloomery furnace was established at Pontymoile.

During the sixteenth century, largely due to the influence of the Hanbury family, the area developed its association with the iron industry and continued to consolidate its position in the seventeenth century, when the development of the town began in earnest.

Pontypool is a place you may have passed through on the X24 bus, but next time you do, jump off and head into the town’s park.

Pontypool Park was actually the historic seat of the Hanbury family, who developed a permanent residence in Pontypool in 1694 and established a deer park in the early 1700s. The park has always been a place for fun. The Hanbury family used it for their recreation and enjoyment, and it was very much a place of luxury, with an ornate shell grotto summerhouse within the park.

It went through many changes over the decades and in 1920, the house and park entered public ownership, and this allowed for the site to be developed as a public amenity. Tennis courts were added. along with a rugby ground and a bowling green. And in 1924 the Royal National Eisteddfod took place in the park.

Since then a bandstand was added in 1931, allowing the townspeople the opportunity to listen to music in the open air. A leisure centre and artificial ski slope were introduced in 1974. Yes, the town does have its very own ski slope, and mighty fine it is too.

The adjacent stable block was used for a variety of purposes during the 20th century but ultimately became home to the Valley Inheritance Museum (Amgueddfa Torfaen Museum) in 1981, which was set up by Torfaen Museum Trust to accommodate, safeguard and present the collections relating to the heritage of the Afon Lwyd valley.

Before we go any further, here is our visit to Pontypool in 2 minutes.

Pay a visit to Pontypool and you won’t be disappointed. These are our top five things to do when you are there……

Pontypool Park is locally known as the People’s Park, covering some 64 hectares with several historical features – including Italian Gardens, Ice Houses and Shell Grotto – which have been restored with a Heritage Lottery Fund grant and funding from Torfaen County Borough Council. There is also a link from the Park, through adjacent farm land to the Folly Tower, via a public footpath.

There are footpath links into the Brecon Beacons National Park on the most northern boundary. For more info on the park, go HERE.

A Poma tow ski lift services the slope, while a sprinkler system keeps the surface feeling as close to snow as possible. There is a mogul run within the slope that is perfect for anyone wanting to practice something a bit different.

In addition to open skiing times, the Ski Centre runs its own Ski School, offering instruction for all standards of skiing and snowboarding.

Pontypool Ski Centre is open to everyone regardless of skiing ability. However, complete beginners must have at least 3 lessons before they can attend open practice sessions. For more details, go here. SKI CENTRE

Set in a Georgian stable block, Torfaen Museum is an Accredited Museum managed by Torfaen Museum Trust. The Trust have been safeguarding and collecting art, historical objects and cultural artefacts on behalf of the borough since 1978.

There are over 15,000 items on view from our collections ranging from prehistoric objects and medieval treasure troves, to industrial revolution collections,  and fine & decorative art including the famous Pontypool & Usk Japanware.

Every year, around 35,000 visitors enjoy the unique collections curated by Torfaen Museum Trust at Torfaen Museum and there is always something of interest on display for everyone.

To find out more just head to here, MUSEUM. Incidentally, they are open again and all set for Christmas.

The canal basin at Pontymoile makes an excellent starting point for exploring along the towpath. Junction cottage was home of the toll keeper whose job it was to look after the locks, keep the waterways clear and levy a toll on the barges passing through.

There is ample free parking, and definitely a great stopping point for your visit to town. For details, go here. BASIN

Pontypool Indoor Market is right in the centre of the town in a beautiful Grade II listed building that dates back to around 1893. The market has undergone an extensive £2.5 million refurbishment and is a perfect mix of stalls and places to eat and drink. This is a Christmas shoppers paradise, especially if you are looking for something a little different and unique.

Take a look at their extensive Facebook page here, MARKET

Forget a visit to Stonehenge, Pontypool has its very own.

The Gorsedd Stone Circle was erected in 1923 prior to the National Eisteddfod that was held in the Park in 1924. The Eisteddfod is a celebration of Welsh literature, art, culture and music and is rooted in the old bardic tradition. During the ceremony the Bard is appointed and prizes are given for outstanding contributions to Welsh culture.

You can take a look at the other OUR SOUTH WALES features below. 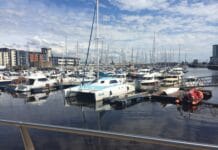 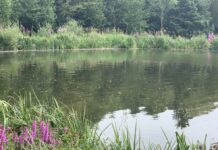 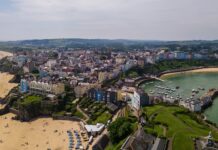 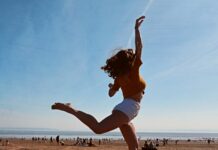 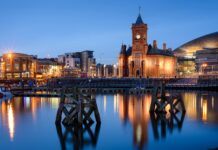 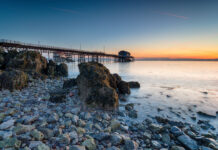