We have so much to be proud of here in South Wales, we love working and sharing the region with you, as much as we all love living and working here.

Renowned for our love of sport, we have world class teams, top flight stadiums and now, the most instagrammable golf course on the platform.

Located in the beautiful South Wales countryside, the Celtic Manor TWENTY TEN COURSE the course is named the most “picturesque location for a golf and spa getaway” following research from golfsupport.com, with 55,109 Instagram hashtags, and rightly so, it is absolutely stunning, whether you play the sport or not.

The Twenty Ten Course was ranked in top spot, with Mottram Hall Hotel in Cheshire at number two and Ireland’s Galgorm Castle at number three.

The Newport course was built to stage the Ryder Cup in 2010, when the prestigious team event was played in Wales for the first time. The crowds at that time were staggering and brought tens of thousand of people to the sport, and region. It even became the setting for the Tiger Woods Playstation game, which we still play here in the office.

The five-star destination is set in more than 2,000 acres of panoramic parkland. And with an award-winning spa and two more championship golf courses within its vicinity, it is easy to see why the spectacular course measures so highly.

Along with golf pros such as the legendary Graeme McDowell, Colin Montgomerie, Rory Milroy and Lee Westwood, the Celtic Manor Resort has seen a host of famous faces, such as Welsh football hero Gareth Bale, Ioan Gruffudd, Denise van Outen and Rob Rydon compete on the greens, with many also taking part in the annual the Celebrity Cup golf tournament, hosted at the Celtic Manor Resort.

The study into the most ‘instagrammable’ golf courses follows research commissioned by the International Golf Travel Market, which concluded that a spa is one of the most important considerations for choosing a golf break. The Forum Spa at Celtic Manor Resort is a luxurious health club where you can get all your self-care needs catered to.

The rest of the top 10 includes

Golf aficionados can enjoy an unforgettable Ryder Cup experience at The Celtic Manor Resort with overnight accommodation, breakfast and use of The Forum Health Club and Spa starting form £164 per person.

For more information visit: HERE and you can take a look at the course facilities here – Twenty Ten Course. 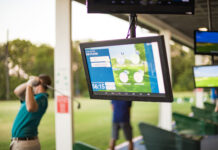 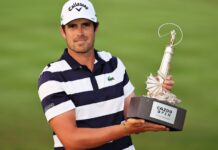 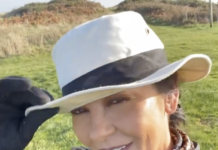