Making a film at anytime is a difficult enough process, throw into the mix a pandemic lockdown, and a highly emotional subject and you understand just how challenging the project for Swansea film makers Nick Jones and Caleb Svensson was.

The pair have just released their first film collaboration. ANTEROS is a drama, mystery short film that tells the story of an ex-serviceman Joel Williams. After an accident in Afghanistan, Joel is honourably discharged, but now has his own battles to deal with as he struggles with guilt, anxiety and depression.

Contemplating suicide, Joel has isolated himself from his friends and family, when lockdown begins in the UK. Joel is convinced he will not survive the further loneliness until he receives a mysterious message from a stranger. Wrapped with suspicion, Joel sets about to find his stalker.

Executive Producer and lead Actor, Nick Jones told us the reasons behind the film…….

“It’s been designed to tell the story of someone with anxiety and depression through their eyes, to help people understand what it’s like and to get people talking about it. Especially men, as it still upsets me that suicide is the biggest killer of men under 45 in the UK.”

“Both Nick and I have had immediate family attempt and commit suicide, so this is a very personal film for us and made it very emotional to make, especially during a lockdown, which meant that a lot of the time it was just me and Nick on set.”

The film, was shot on location in South Gower, with locations many of us will recognise, the story however may be unfamiliar to a lot of people, but is very real and incredibly relevant today.

Appropriately, ANTEROS was officially released on YouTube on Remembrance Sunday (8pm on the 8th) to tie in with the lead characters military background, but also as November is officially ‘Men’s Mental Health Month’ in the UK. The film had over six thousand views around the world within its first week.

Before we go any further, grab yourself a cuppa, turn up the volume and screen cast your device to the TV and take 22 minutes to watch ANTEROS.

The reaction to the film has been incredibly positive. TV Presenter, Sian Lloyd, was the first to send her congratulations.

“The film feels like it’s captured a moment in time so perfectly, the solitude and loneliness so many are experiencing because of lockdowns, but also the huge community spirit that rose up amidst it all. The sense of hope and love that comes through at the end of the film is heart-warming. A must watch!”

“Anteros in Greek means ‘love returned’.  In this remarkable film, created and set against the backdrop of a global pandemic a story is told of one man looking for meaning after wartime experiences have left him questioning life itself.  Beautifully filmed with a haunting score this film gives hope during a time when it seemed all of us at one time or another thought of giving up. At a time like this we all need Faith, hope and love…but the greatest of these is love.”

Welsh Writer and Comedian, Bennett Arron was touched by the film……..

“This is an incredibly moving film which highlights the desperate problem faced by so many.”

“Such a powerful subject matter. Making a film is never easy at the best of times but the fact they managed to create a piece during the most restrictive of times is testament to their passion and commitment. The efforts of the film makers paid off. This is a moving and well-crafted production and I wish them all the best”

“The film is not only about raising awareness but raising funds as every single penny generated by the film will be given to MIND, the mental health charity. So, the more people that watch it, like it and share it the better!”

MIND themselves feel this Christmas we are in for a mental health emergency. 2020 has been a year of anxiety and uncertainty and more people need them than ever before. If you’d like to find out more about the work of MIND or indeed give them your support, just go here MIND 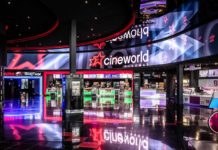 Cineworld is Set to File For Bankruptcy 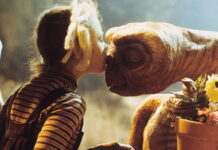 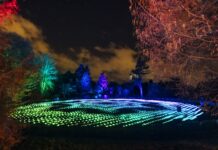 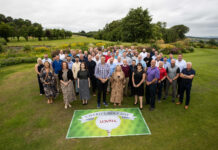 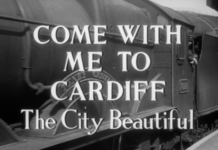